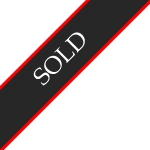 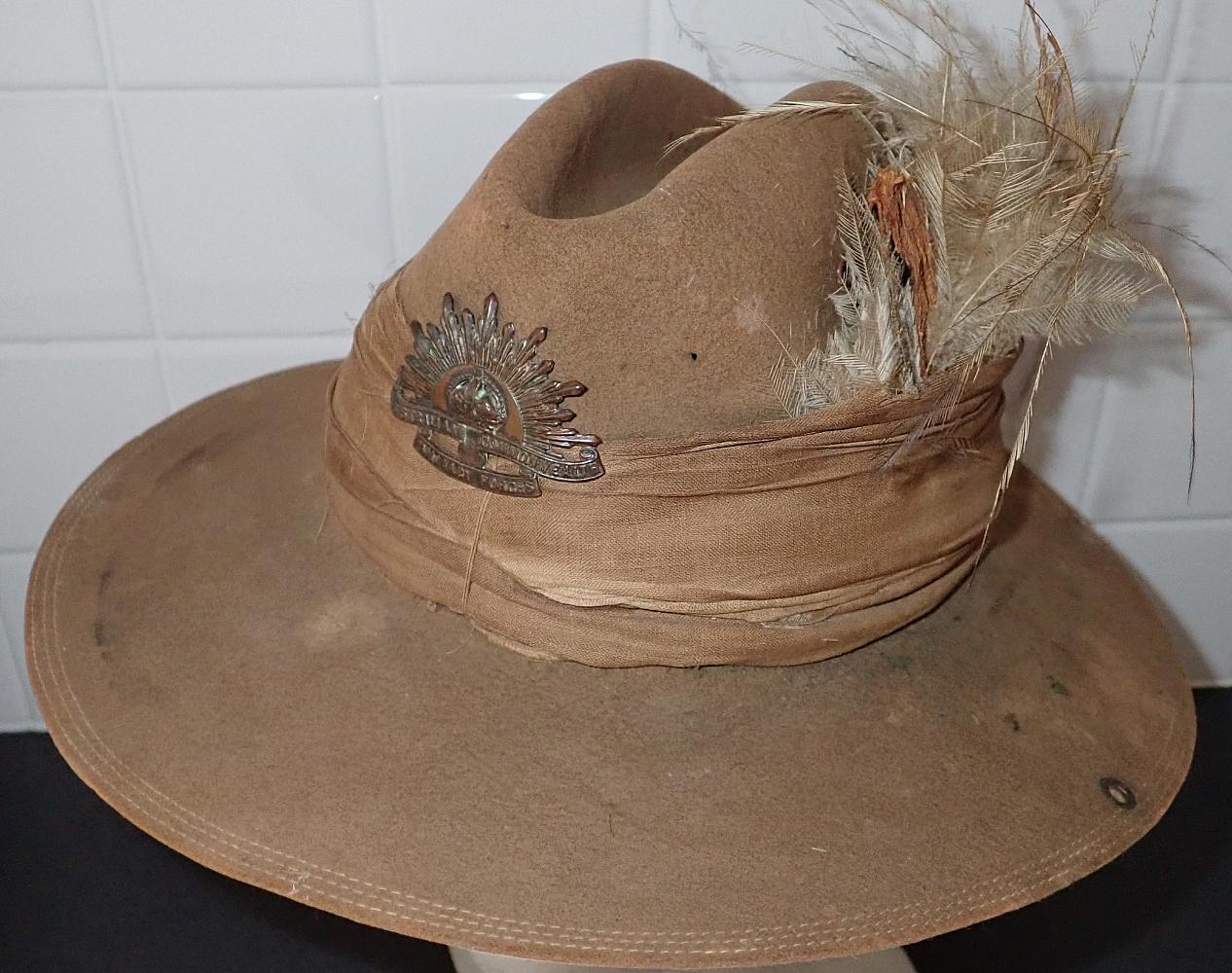 H666 WW1 Australian Light horse slouch hat, 100% Guaranteed original Light horse slouch hat worn by an Australian Light horseman in ww1, This is a Queenslanders hat, it came from Beerwah many many years ago & has been in my mates collection ever since until today. ( he also got a set of spurs & a Light horse belt but I didn't get those with the hat )
It has moth holes, sweat stains, is dusty & a bit stiff etc etc, the plume is still the original & its stitched in place, yes its a bit like a 1/2 plucked chook but it still displays just fine, the original woven puggaree is under the other pug ( as is often the case) the hat brim is triple stitched & Dunkley was an Australian maker who did the 3 stitches as it was more economical & faster to do that then to make the sewn edge but in saying that it maybe a Brit made Australian hat.

( I had a a complete ww1 ALH uniform some years ago with no liner in the hat but everything was identical to this one including the press stud which is nearly always a British made hat. That set was complete & belonged to an Australian Light horseman bloke who was a sniper at Popes post)

Note the beautiful faded outline of the rising sun hat badge on the underside of the brim, it was there for a very long time before it was removed to the front of the hat, But looking at the hat its been on the front for a long time also. Last owner said the badge was on the front like that when he got it .

The sweat band inside the hat is intact, note that's its actually been folded more or less in 1/2 & it is not something I would like to try & unfold as I would ruin it ,
There is the odd stich in weird places on the sweat band & after looking at it I think that's been done when the soldier has folded up the leather sweat band. The sweat band has original stitching & some is letting go so the odd stitch you can see will be small repairs to help hold it in place - They appear to be 100% period.
The hat is not maker marked nor dated but anyone who knows ww1 slouch hats will recognise instantly this is ww1. The original leather chin strap is with it but is quite fragile & has a repair to it already, Pretty rough but nice to have it with the hat.
This is far from a perfect pristine example but they are near non-existent on the market today. IF IT WAS IN TOP CONDITION & Australian maker marked & dated it would be another 2 to 3k more
0056