COOKIE ERROR
It appears you have cookies disabled as we were unable to set a cookie. Cookies are required if you wish this application to remember your search and sort selections.
Crimson Mist Military Antiques - BOOKS MISC - RARE How We Kept the Flag Flying The Story of the Siege of Ladysmith (A722)
Crimson Mist Military Antiques
HOME
PRODUCTS
EVENTS
ALERTS
Menu
Available Options 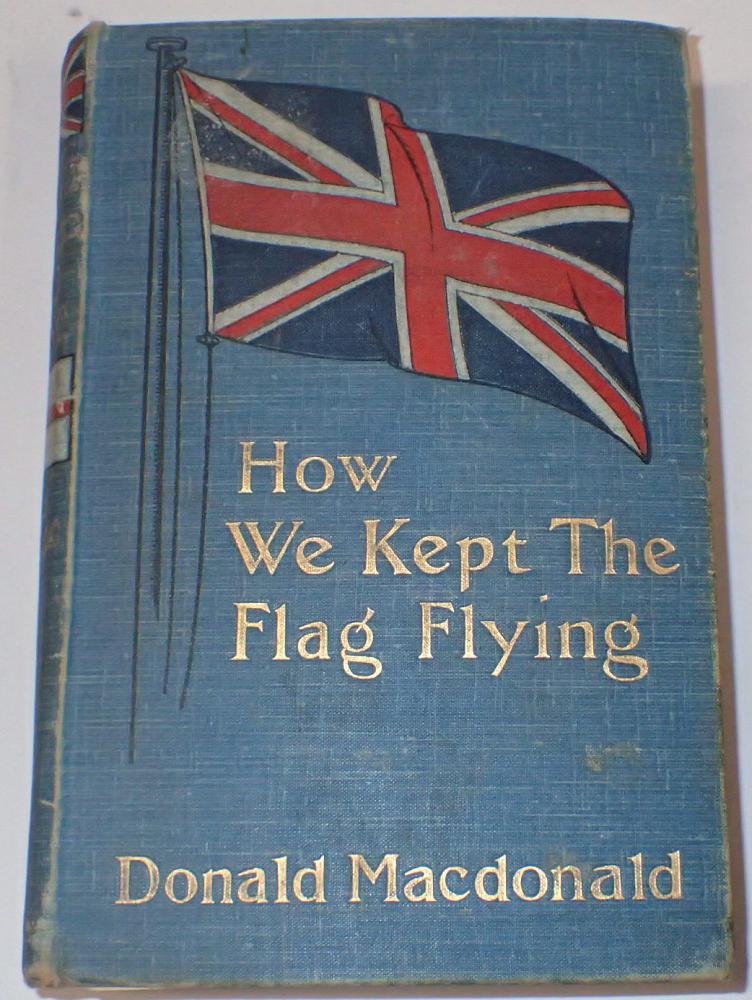 Original book dated 1900 but there is also a signed letter with if from another famous Australian Edwin Geach who managed the Author whilst covering the war. see details on both men below.

Edwin Geach was born at Prahran (Victoria) became a newspaper reporter; and later on did the press work for the old Theatre Royal (Melbourne). It was in this way he came to light out theatrically. His first venture was with Carl Hertz, whom he took through Australasia, China and Japan. After this he secured Donald MacDonald, who went to South Africa during the Boer War as the correspondent for the Melbourne "Argus" and the Sydney "Herald". Mr MacDonald's war lectures under Mr Geach's management- "The Relief of Ladysmith" will be remembered as the title of one of them- gave each of them a fortune. "one of the finest fellows I ever met", is Mr Geach's estimate of Mr MacDonald. Mr Geach next went into partnership with George Willoughby, the company starting out with " The Wrong Mr Wright". Tours with Dante, Thurston, and others followed; then for some time he worked the dramatic reef; and finally became what he still is today- a partner in the big T J West enterprises. Mr Geach is one of the very few Australian managers who have worked London. The only other Australian the "Theatre" can call to mind as having visited London in this capacity is George Musgrove. It was with Donald MacDonald that Mr Geach went to England.
Donald Alaster MacDonald (6 June 1859 – 23 November 1932) was an Australian journalist and nature writer.

MacDonald was born in Fitzroy, Victoria, a suburb of Melbourne, the elder son of Donald MacDonald and his wife Margaret, née Harris. MacDonald was educated at the Keilor state school where he became a pupil-teacher in 1876. He later joined the Corowa Free Press and then the Melbourne Argus newspaper in 1881. On 26 February 1883 at Scots Church, Melbourne, MacDonald married Jessie Seward – their only daughter was born in 1885.[1]

Writing under the pen name 'Observer', MacDonald established himself as a cricket and Australia rules football commentator. MacDonald "completely revolutionized cricket reporting" — he made the reports more vivid than the earlier over by over style.[2]

Macdonald was first Australian war correspondent at the South African War; during the war he was besieged at Ladysmith. MacDonald's dispatches from Ladysmith were eventually sent to Australia and published in the Argus. Later they were reprinted in a book How we kept the flag flying : the story of the siege of Ladysmith

This is the original book & has come signed correspondence as per the images.
Price-$