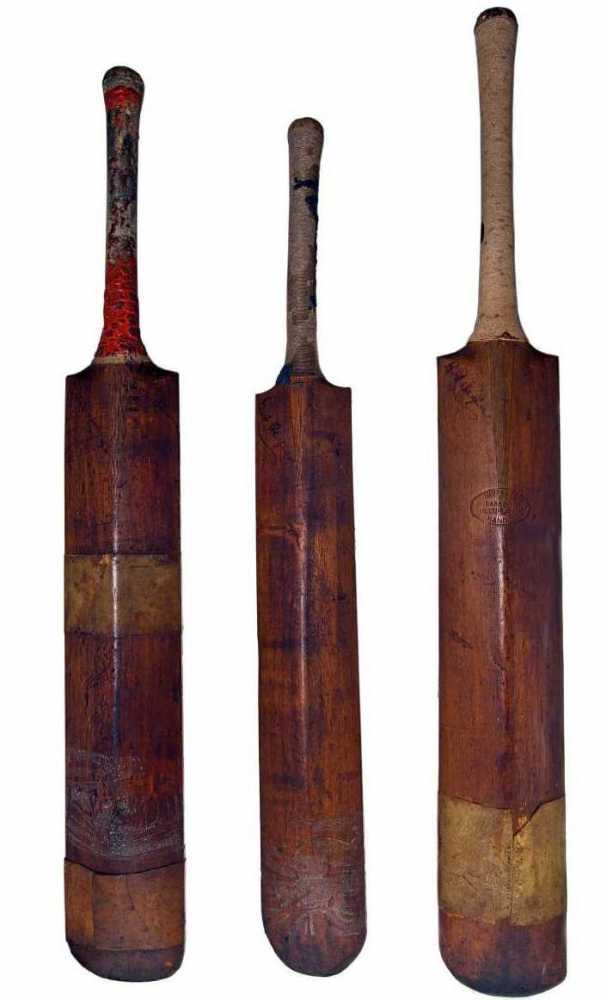 Set of 3 Bert Oldfield Cricket Bats circa 1930
3 Signed by Bert Oldfield, 2 of the 3 signed by B Chapman and Bert Oldfield, as expected the rubber on the handles have perished, but overall they are all nice pieces, great addition to the cricket fans collection.
1917:
He was wounded and knocked unconscious at Ypres Salient in 1917, and spent six months recovering from shell shock.

1921:
He had injured himself on the passage to the UK in 1921, giving Carter the chance to restore his position, although Oldfield replaced him for the last two tests.

1924:
He was dropped for several matches over the next few years, but established himself as Australia's automatic selection for wicket-keeper in the 1924-25 Ashes series against England